You Should Still Open The Door For A Lady 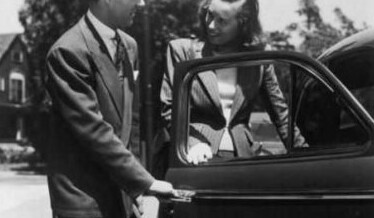 I still open doors for women.

I believe that most women still appreciate chivalry. Sure, there are some who, for one reason or another, don’t want men to do anything for them that they can do themselves, but by and large I notice a genuine appreciation when I show respect to a lady.

Even at my age, if my father saw me going through a door ahead of a lady, not opening a car door, not offering my umbrella in the rain, or not greeting a group of women with the phrase “How are you, ladies?” he wouldn’t hesitate to publicly call me down for it.

I was raised to be kind and courteous to everyone, but especially to women. But, somewhere along the way, chivalry began to wane. I just don’t see guys treating women special like they used to.

Chivalry is a term that originally referred to horsemanship. It was a code adopted by knights in the late 1100s, and encompassed military traits, but later referred to a code of conduct.

Sir Walter Raleigh allegedly laid down his cloak over a mud puddle so that the passing queen wouldn’t get her feet dirty. That’s not a true story, but it has served as inspiration for generations of young men who wanted to show respect to the ladies and score extra points along the way.

Today, men can do a number of things that make a lady feel special. In addition to opening a door and letting her pass first, you can open her car door, see that she is safely inside the vehicle and close the door before getting in yourself. Holding your umbrella for her in the rain, sending flowers for no reason, offering to watch a romantic movie, keeping her car maintained and filled with fuel, and saying nice things are all easy acts of kindness.

Children rarely learn what their parents neglect to teach them. But, it’s never too late to explain to sons that how you treat a woman says a lot about who you are and the family stock from which you came.

My wife once said that she knew early in our relationship how I would treat her. She based that statement on how she saw me treat my mom. I thank my dad for guiding me. I have tried to teach the same respect for women to both of my sons.

I hope you’ll join me and do the same.