TV Or Not TV? That is the question. 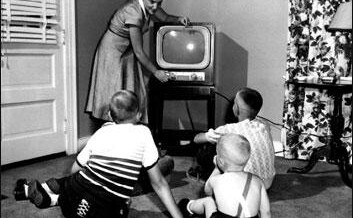 Remember when we had three TV channels with decent programming?

Now I have cable TV and still only have about three TV channels with decent programming.

Recently, the cable company called me to tell me that they detected that my cable signal was weak and that it needed to be fixed.

I have to hand it to them. It wasn’t so long ago that trying to get any TV provider to answer the phone when you had a problem was virtually impossible. So, for them to detect a problem, proactively call me and ask if they could come and fix it deserves 10,000 extra points and a Blizzard from Dairy Queen.

The service guy even came on a Saturday morning. We chatted about the potential problem and what he was going to do to fix it.

I have a couple of hundred channels and couldn’t find anything worth watching. This wasn’t an epiphany. I had that thought a long time ago. But it was the first time I seriously wondered what happened to TV worth watching. Virtually everything on television now is either pointless, mindless or offensive.

This includes most of the news networks.

Somewhere along the way, we traded The Wonderful World of Disney for the Kardashians. Columbo for Jersey Shore. Jacques Cousteau for Swamp People. And Walter Cronkite for Jon Stewart.

Television used to be, for the most part, quite good. The Twilight Zone, Gunsmoke, The Beverly Hillbillies, Green Acres, and many other programs gave us everything from morality plays to downright silliness. But seldom did it insult our intelligence.

Now, I turn on the TV and shows that seem to have been written by monkeys with typewriters are strewn across the channel spectrum as far as you can see.

The History Channel shows just about anything but. A&E has no arts or entertainment that I can find.

And we not only put up with it, we pay for it. We pay a lot for it.

The major networks still show some fairly decent shows. The Blacklist, Person of Interest, and Blue Bloods are a few examples.

For me, the saving grace is a cable channel that shows the oldies but goodies, and some local broadcasters who have secondary channels that air vintage programming.

MeTV and This-TV are local and show all of the older shows we grew up with. I sat in my man cave the other night and soaked up an episode of Columbo. It was great.

Thanks to the repair guy from the cable company and a couple of hundred bucks each month, I can now watch all three of these channels with a crystal clear picture.