Valentine’s Day Should Be Every Day 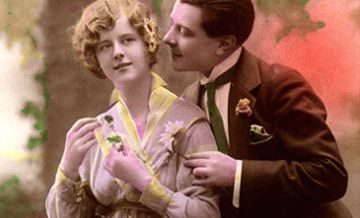 There are a number of theories as to the origin of this now-commercialized holiday, but most have to do with the birth or death of a sainted fellow named Valentine. Leave it to American commerce to turn that into an expensive show of affection.

Valentine’s Day has to be one of the most guilt-filled holidays ever created. If you’re a guy, you feel obligated to go out of your way to make her feel special. Max out your credit card to show your love.

But, since most men, with the exclusion of the Amazing Kreskin, aren’t mind readers, we are just taking a stab in the dark every February 14. Sure, you can take her out for a nice dinner, buy her flowers and a sweet card from Hallmark, but you’re still never really sure that you did everything right.

But, I’ve been at this a long time now, and I think I’ve figured out what women want. And it’s not something that they want once every February.

Women want you to do little things without being asked. Clean up the kitchen, vacuum the house, dust, cook a meal and then do the dishes.

Women want you to remember their mother’s birthdays, and call them on it to wish them a happy one.

Women want you to compliment how they look, especially when they aren’t wearing makeup and have had a long day.

Women want you to ask how their day was, and if there’s anything you can do for them.

Women want you to hold their hand in public, open doors for them, and say nice things about them in front of other people.

Women want you to surprise them every now and then.

Women want you to be romantic.

Women want you to watch their type of television programs with them, even if they’re not really your cup of tea.

Women want you to respect them.

So, this Valentine’s Day, give her the best gift ever.