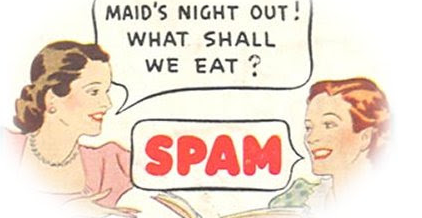 If you like bologna sandwiches, you’re alright by me.

If you grew up with a dad who worked, a mom who stayed home, one car, no air conditioning, and bologna in the fridge, then it’s likely you also are familiar with this particular lunch meat and other budget-conscious grocery items.

When I was a kid, you ate what they put in front of you or you didn’t eat at all. Matter of fact, I can remember many an hour sitting at a Formica dinette table and staring at a dish I didn’t want, all the way up to bedtime.

Dining was not a democracy at my house.

However, there were many Southern staples then that I still love. I just don’t eat them nearly as often as I used to.

If it’s cooked just right, a fried bologna sandwich with mayo on white bread is a fine delicacy. These days, fancy restaurants charge big money to blacken fish, shrimp, and other foods, but 50 years ago moms across these great United States had perfected the blackened bologna sandwich at a fraction of the cost.

Actually, it was more of a burnt bologna sandwich, but it was amazingly good.

Spam is now an email you’re not supposed to get, but back in the day, Spam was a darn fine sandwich meat itself. It still is, but now, it’s expensive and has a bad wrap. A bad wrap everywhere except in Hawaii, where it’s been elevated to a level of culinary deification even I don’t understand.

A slice of Spam cooked evenly on both sides in a cast iron skillet goes just as nicely smothered with Velveeta and placed between two planks of Wonder Bread as it does on a plate next to fried potatoes and gravy.

Speaking of fried potatoes and gravy, people find it hard to believe me when I tell them this, but when I was a kid, there were three things served at all three meals: fried potatoes, gravy and homemade biscuits. If any one of these delicacies were absent from the table, it was because we needed to go to the grocery store.

I didn’t always look forward to every menu item back then. Wienies and kraut was one of those. To make it, you slice up hot dogs and mix them in a skillet with sauerkraut, and then fry it all until the whole house reeks. My sister couldn’t say ‘wienies and kraut’; she said ‘wienies and crap’. I think her name was more accurate.

Another food item that I hope has since been banned is pickle loaf. That’s a lunch meat that sounds just as terrible as it tastes. That was not one I looked forward to finding in my school lunch box because it was almost impossible to trade to another kid, except for the one guy who liked the lunchroom Salisbury steak even less.

All of this talk of food from my youth has made me not only nostalgic; it’s made me hungry.

I’m heading to the grocery store to pick up some bologna and Spam. If I see any sauerkraut or pickle loaf, I’ll move it next to the Salisbury steak. Just in case that same kid from the lunchroom also now shops where I do.